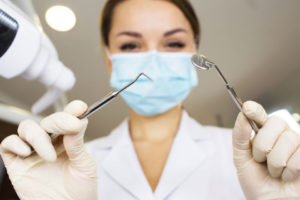 Root canals are a necessary evil. But are they really that evil? Their reputation is slowly improving. A survey by the American Association of Endodontists found that while in 2013, 60% of Americans were apprehensive about root canals, today that number is 54%.

Root Canal Awareness Week is May 7-13, so Highlands Ranch Dental Group is seizing this chance to defend the honor of root canal procedures.

Are Root Canals Really That Bad?

We know as well as anyone that people don’t like root canals. We’ve seen Finding Nemo, and we’ve seen how the procedure is an easy target in pop culture. A New York Post review of an 80’s movie is called “I’d rather have a root canal than rewatch this movie.”

We want our patients to know that root canals are easy, pain-free, and safe. Pandas have had them. Lil’ Wayne has had 8 of them at once. Yet, many patients still seem uneasy about this routine procedure.

Out of 15 million root canals performed annually, the procedure has a 95% success rate. When patients undergo the treatment, they are generally in a lot of pain and find that afterwards, they feel much better. In many cases, these patients were at risk of losing their teeth if they hadn’t taken action, so holding on to their natural tooth is a benefit.

How to Tell if You Need a Root Canal

During a root canal, your dental professional will remove inflamed or infected pulp from the inside of your tooth.

To know for sure if you need one, you will need to consult a dental professional, but keep a lookout for these symptoms:

Depending on your particular case, you may be referred to an endodontist.

What is an Endodontist?

An endodontist is a dentist who has extra credentials concerning the innermost layer of teeth, known as pulp. This is where your teeth’s nerves and blood vessels are, and it allows you to detect hot and cold on your tooth’s surface.

To learn more about the procedure, visit our root canals page.