There’s an abundance of safe and effective toothpaste options these days, to the point where it can be overwhelming to pick a favorite. But it wasn’t always that way.

Before we concocted pastes containing gentle abrasives, humectants, flavorings, detergents and the right amount of fluoride, dental hygiene was very different. Ancient civilizations used some strange things to brush and clean their teeth, at least to our modern sensibilities. And many times, they were more damaging to the mouth than helpful!

Now that it’s back to school season, it’s time for a history lesson. Read more to learn about the evolution of our go-to dental health product—from ground-up stones to the minty fresh paste we enjoy today.

Starting with the Egyptians 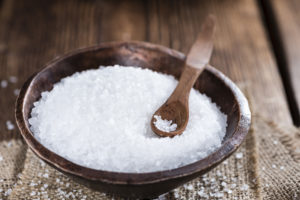 The beginning of human civilizations using a mixture of ingredients to clean their teeth is believed to have started as early as 5,000 B.C. in Egypt, according to historians. However, the earliest recorded formula dates back to the year 4 A.D. The first formula contained:

This concoction was surprisingly effective, some going so far as to say it was the most effective dental regimen until the early 1900s. However, we wouldn’t say this method was at all optimal for oral health considering all the gum bleeding it caused.

The Evolution of Toothpaste

In addition to the Egyptians’ highly abrasive mint and salt recipe, our ancestors tried many more odd mixtures featuring unsavory ingredients we would never dream of putting in our mouths today.

The Greeks and Romans were known for their crushed bone and oyster shell blend, while the Chinese used a less offensive ginseng, herbal mint and salt recipe. Some other ingredients used included ox hooves, burnt eggshells, pumice, brick dust, ashes, chalk and pulverized charcoal. Aren’t you glad you live in the 21st century?

Over the centuries, toothpaste went through many transformations:

As you can see, toothpaste has come a long way over the years, though its purpose from the very beginning has stayed pretty consistent: clean teeth and gums and freshen breath.

Though with all the other recipes we as humans have tried, we’re happy to be alive in 2018 here at Highlands Ranch Dental Group! Here’s to modern toothpaste and a fresher, healthier smile!